You will be tempted not to finish reading this post. Could I ask you now to read to the very end? I have just completed a wonderful biography on the Life of John Newton, originally published by the American Sunday School Union in 1831. The account details how God took a slave trader (who became a slave himself) and transformed him into a beautiful Christian and powerful preacher of the gospel.

Newton spoke much about the grace of God in his life. Most notably, he wrote the words we so often sing,

Amazing grace – how sweet the sound –

I once was lost but now am found,

Was blind but now I see.

In a real sense, his story is our story. His song is our song. All of us are vile, wretched sinners. Only the grace of God can change sinful hearts and eternal destinies.

Newton, whose pen was mightier than his spoken words, was also a prolific letter writer. One letter is especially stirring at this time of year. It was dated December 25, 1752. 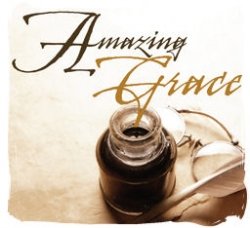 John Newton was captaining a ship on one of his last voyages and found himself at Cape Mount on the coast of Africa. He loved his wife and missed her deeply. The absence from her of thirteen months was trying to say the least. In it all, God was working to soften a hard heart.

I now sit down to wish you a happy Christmas; a merry one, is a frequent phrase, but that falls far short of my desire. For I have often found mirth and happiness to be two very different things; and that either of them when prevalent in a great degree, is inconsistent without the other…

This has been a serious day with me…It grieves me to think, that this is usually a season of festivity and dissipation. Surely they who think proper to notice it at all, should show their attention in a different manner. If we are really Christians, and do indeed believe the tenor of the Scriptures, with what serious thankfulness and joyful composure ought we to commemorate the coming of our Saviour into the world?

If the little good offices we perform to each other demand a grateful return, what do we owe to him, who, of his own free motion and goodness, humbled himself so far, and suffered so much, to redeem us from extreme and endless misery!

Newton was right. Christmas should be a time of both joy and soberness. Meditate on what Christ has done in your life! Consider what you owe Him this Christmas! Perhaps the greatest Christmas Carol we can sing this season is…

Thru many dangers, toils and snares

I have already come;

And grace will lead me home.

When you think of Christmas think of Christ’s amazing grace. Someday soon we will all celebrate Christmas together in Heaven. Throngs will gather, not around a manger, but around the throne. What a choir that will be! And what will we sing?

When we’ve been there ten thousand years,

Bright shining as the sun,

Than when we’d first begun.

The Christmas story is forever the story of grace. And so, with John Newton, I wish each of you a happy Christmas – a time of serious thankfulness to God for His amazing grace.