Preachers do not always preach the most powerful sermons. Sometimes church members do. Not long ago I sat in an auditorium as a humble man rose from his seat to share a simple testimony. While he spoke, God spoke to me.

It was the kind of phrase that sticks like a barb in the soul – words that stay with you long after the voice that gave them has been forgotten.

The soft-spoken man talked of how grateful he was for food and for clothing, for the basic needs of life. And then he said, “I don’t want to be possessed by possessions.”

There it was – possessed by possessions.

Every man is possessed by something. Some thing consumes every man’s time, and thoughts, and energies. For many people that is possessions.

In case you are wondering, “stuff” is a Bible word. When Jacob moved his whole family to Egypt and God providentially provided for their needs, Pharaoh (of all people!) became God’s mouthpiece, when he said, “Regard not your stuff” (Genesis 45:20). 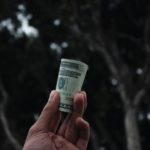 Perhaps that is good advice for us all! Most in our generation give far too much regard to stuff. They are possessed by their possessions.

Men spend their whole life trying to capture riches only to find that either riches or the love of them has captured them. 1 Timothy 6:9-10 describes the prison of possessions:

But they that will be rich fall into temptation and a snare, and into many foolish and hurtful lusts, which drown men in destruction and perdition. For the love of money is the root of all evil: which while some coveted after, they have erred from the faith, and pierced themselves through with many sorrows (1 Timothy 6:9-10).

Snared. Drowned. Pierced. It is a painful thing to be possessed by possessions.

You can be possessed by many things – any thing! A wise mother once told her son, “Give not thy strength unto women, nor thy ways to that which destroyeth kings” (Proverbs 31:3).

One of the greatest Christian that ever lived, the Apostle Paul, said that there was some things he could do, but he chose not to. There were things that were permissible but not best. Why? Allow him to speak for himself: “I will not be brought under the power of any” (1 Corinthians 6:12).

Anything that brings me under its power is taking a place that only Jesus in worthy to have. He is the Possessor of all things, and He is the only one who should possess me.

Happy birthday to my neighbor, friend, and brother