Recently I drove through the cemetery where all of my grandparents are now buried. I paused for a few moments at each grave and thought of the heritage they had passed down to me. My Grandpa Pauley gets a great deal of discussion because of his ministry as a preacher of the gospel. The contribution of my Grandpa Martin was no less significant. He was an enlisted Navy man in WWII. 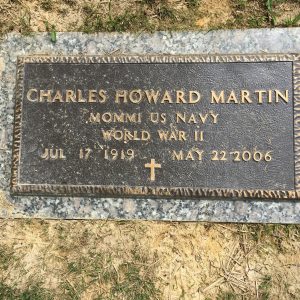 How I wish that I could go back and ask more questions about those days! He helped with the clean up at Pearl Harbor just after the attack. He was a part of “the greatest generation” – a generation that understood both the privilege and price of freedom.

My generation of Americans is spoiled. We have grown up taking for granted the freedom for which another generation fought and died. The generation coming along behind mine is even further removed from such sacrifice.

Today is a special day for our nation. At the end of a contentious election season we now pause to recognize the thousands of veterans who made possible the republic that we enjoy.

George Santayana wrote, “Those who cannot remember the past are condemned to repeat it.” Veteran’s Day should be more than memories of the past; it should be a day of instruction for the future. Today should be the day that parents explain to their children the amazing liberty that is ours, and the price that has been paid to secure it.

Today should be the day that we honor those who continue to serve in defense of that freedom. It is one thing to secure liberty and quite another to sustain it.

Thank a veteran today. And thank God that you live in a land where we can have free elections…where we can enjoy freedom of religion, speech, press, assembly, and petition…where we have the right to bear arms, and so much more. Thank God for America