1It pleased Darius to set over the kingdom an hundred and twenty princes, which should be over the whole kingdom; 2And over these three presidents; of whom Daniel was first: that the princes might give accounts unto them, and the king should have no damage. 3Then this Daniel was preferred above the presidents and princes, because an excellent spirit was in him; and the king thought to set him over the whole realm. 4Then the presidents and princes sought to find occasion against Daniel concerning the kingdom; but they could find none occasion nor fault; forasmuch as he was faithful, neither was there any error or fault found in him. 5Then said these men, We shall not find any occasion against this Daniel, except we find it against him concerning the law of his God. 6Then these presidents and princes assembled together to the king, and said thus unto him, King Darius, live for ever. 7All the presidents of the kingdom, the governors, and the princes, the counsellers, and the captains, have consulted together to establish a royal statute, and to make a firm decree, that whosoever shall ask a petition of any God or man for thirty days, save of thee, O king, he shall be cast into the den of lions. 8Now, O king, establish the decree, and sign the writing, that it be not changed, according to the law of the Medes and Persians, which altereth not. 9Wherefore king Darius signed the writing and the decree. 10Now when Daniel knew that the writing was signed, he went into his house; and his windows being open in his chamber toward Jerusalem, he kneeled upon his knees three times a day, and prayed, and gave thanks before his God, as he did aforetime. (KJV) 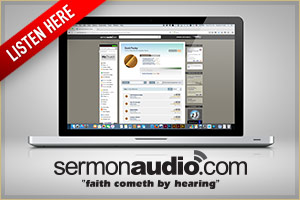 Excited to announce the release of a new book! It

‪Today my dad and mom celebrate 30 years of mini

A boy and his fishing hole

‪Blessed to preach outdoors this week in the par

Running our mountain trail...good to see some of t

Join me in wishing our little girl @lauren_elisabe

‪Dad and I had the joy of preaching for our frie

The next section of Psalms begins today! Grab your

I am forever grateful for the lady that God chose

‪Mom made every day special as we were growing u

Join us this week!

‪Doing a lot of preaching from my study these da

Tomorrow is the #nationaldayofprayer. Thursday and

‪My date for tonight! Love Lauren and glad she c

‪Having a great time this week preaching from an

‪Glad to have Morgan riding along tonight. We ha