I know, I know – I sound like an old man.  Suddenly all of the things I heard the “old people” say years ago are making so much sense! 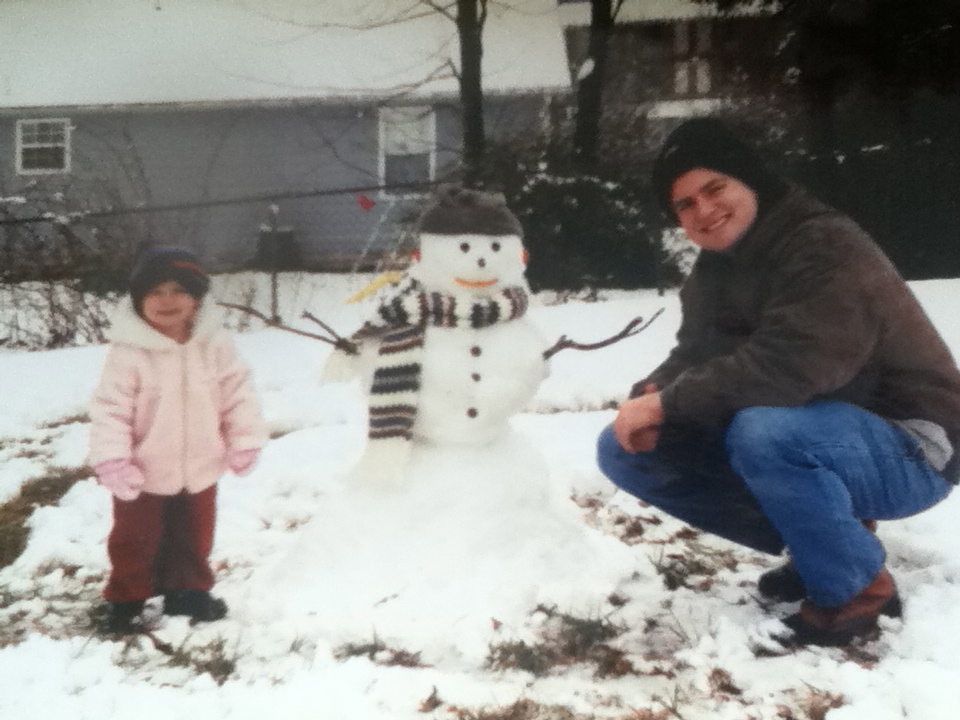 photography.  Back in the “old days” when we took rolls to Wal-Mart and had them developed.  Back when pictures ended up in books and boxes, not in online folders.

She found a picture of the first snow man that we built together.  There we are in the back yard of our first house with a fine specimen of Frosty.  Good memories.

Today, like most of the southern states, we were blasted with several inches of snow.  Great packing snow!  We spent the morning building an entire family of snow men (and women).  Grant even created a snow version of our dog, Charm.  More good memories.

After an intense snow ball fight (dominated by daddy), we had one final picture made.  It is Morgan and me.  12 years later.  If you look carefully at the snow man, you will notice the same scarf that was used in our first creation.  Some things change.  Some things never do. 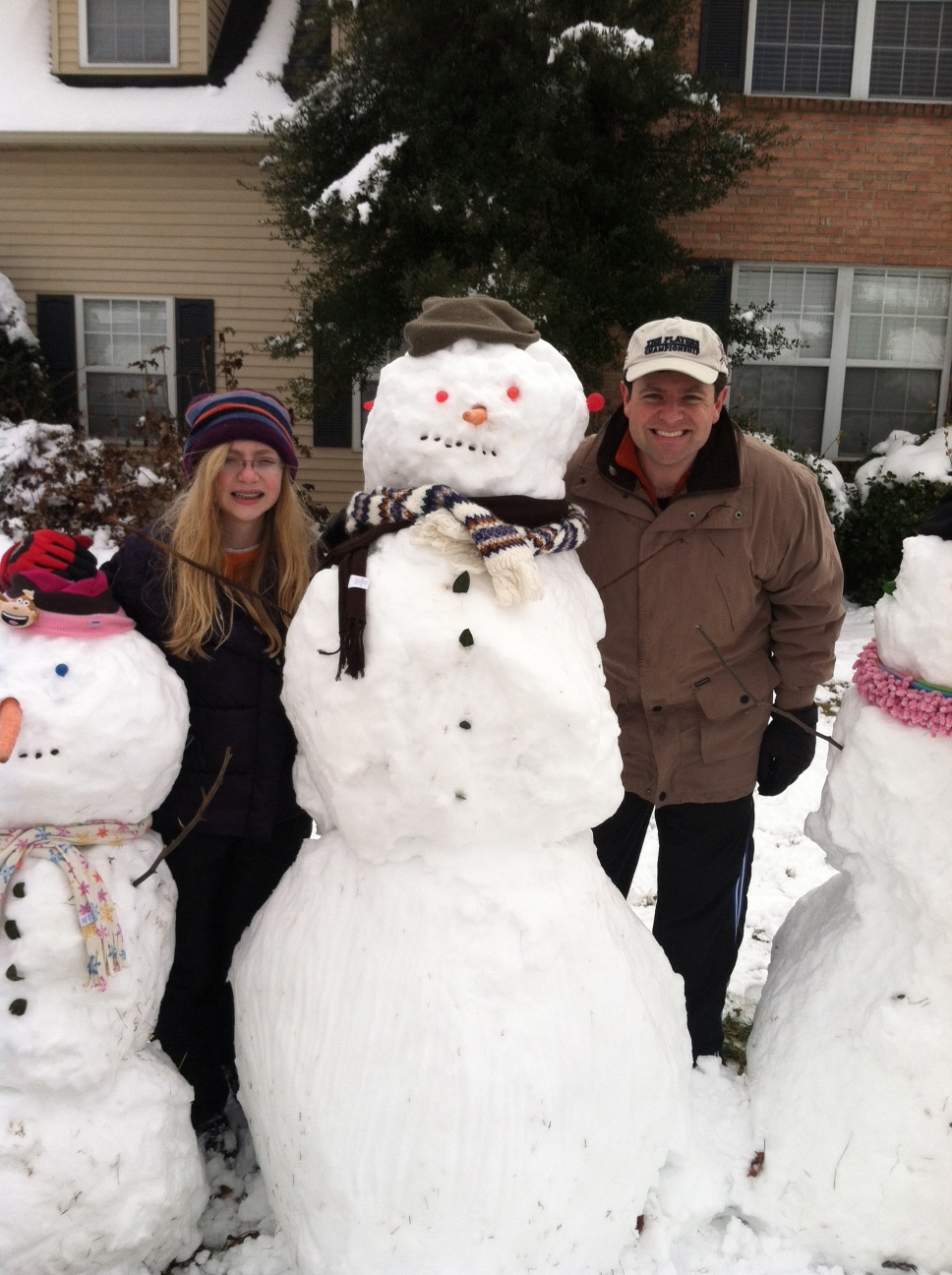 It doesn’t work that way.  Life moves on.  More quickly every day.

The kids are growing up and I am growing older.  The years are passing too quickly. Sitting here looking at the two pictures I am reminded that, like winter, the seasons of life come and go.  The snow melts.  The children become adults.  Life moves on.

Such thoughts tend toward melancholy, but they should tend toward action.  Make the most of today.  Have a snow ball fight!  Talk with your kids.  Love every moment.  Be grateful to God for each day and make the most of this one.  It will never come again. 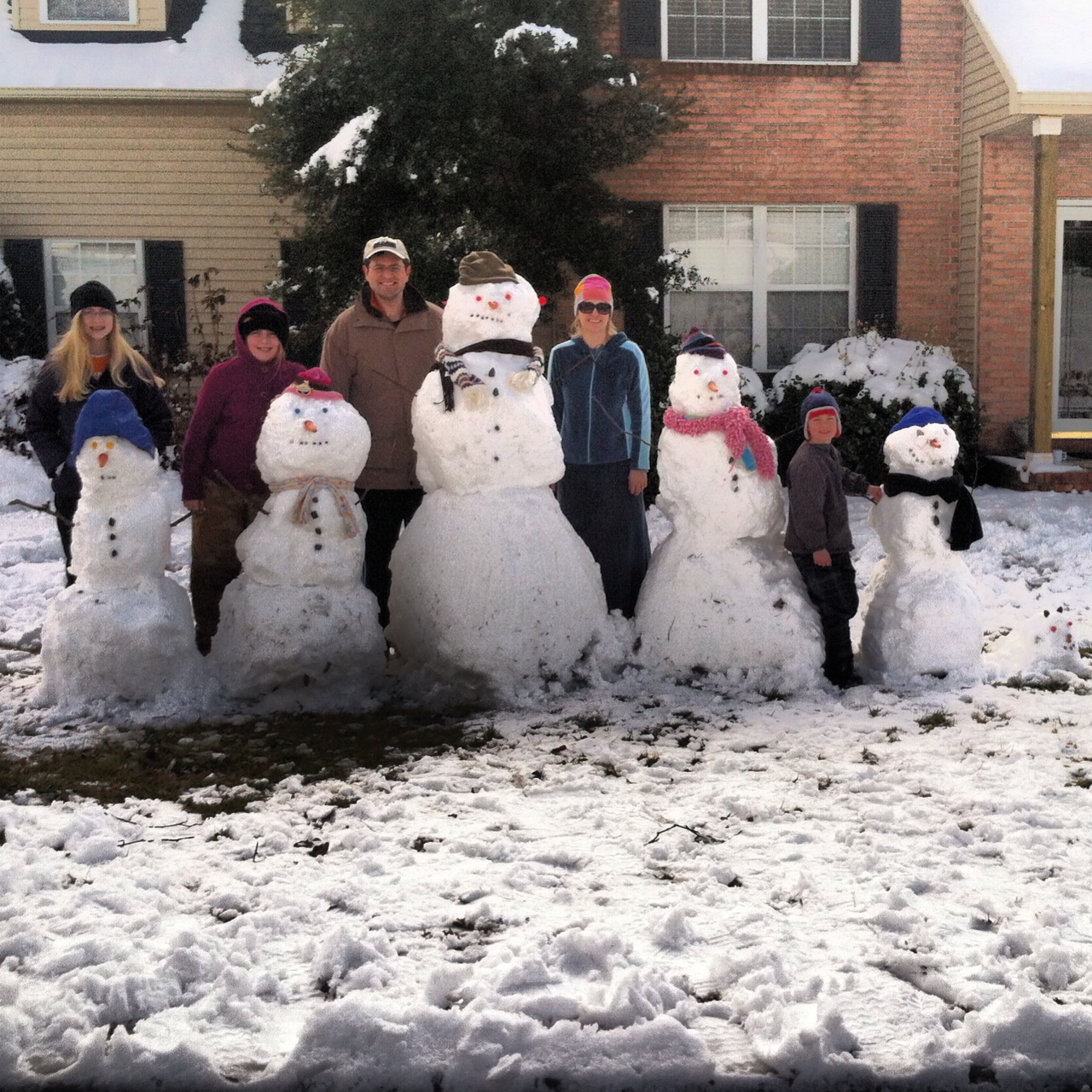 Happy birthday to my neighbor, friend, and brother