There is a tremendous debate in Christian work over whether certain practices are rooted in tradition or truth. Such discussion is not new. In fact, both the Lord Jesus and the Apostle Paul addressed this issue with the religious leaders of their day.

The Pharisees were consumed with minute details of the ceremonial law. When Christ’s disciples failed to wash their hands before eating bread it raised a serious question among those “holding the tradition of the elders.” The Lord Jesus denounced the religious hypocrisy of caring more for the external than the internal. Quoting the prophet Isaiah (obviously this has been a problem for a long time!) He said, “Howbeit in vain do they worship me, teaching for doctrines the commandments of men” (v. 7).

The danger is not in having traditions. We ALL have them. In themselves they are not evil, but they cross a line when they begin to supersede truth. In the words of Jesus, “Full well ye reject the commandment of God, that ye may keep your own tradition” (v. 9). And again, “Making the word of God of none effect through your tradition…” (vs. 13).

The Apostle Paul plainly states, “hold the traditions which ye have been taught, whether by word, or our epistle” (2:15). He warns about those who walk disorderly, “not after the tradition which he received of us” (3:6). How could Paul place such emphasis on tradition? 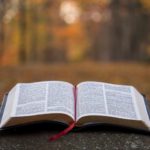 There are two extremes today. Some have built their entire faith and practice on traditions while missing the greater thing – the truth! Others, as an overreaction, have thrown out all tradition without realizing the truth that is also being lost. I submit that both extremes are in danger of missing the truth. A man may be a Pharisee on either extreme.